Fions Board Member, Principal Instructor at TGR Yoga, Volunteer and Outreach Coordinator for We, The World and the WE Campaign we.net

On April 24, 2017 the world lost an extraordinary champion of Interdependence with the passing of Benjamin Barber at the age of 77. He was a colleague, friend and for many years, a visionary partner of We, The World collaborating with us in the promotion of Interdependence Day activities in many cities around the world.

Then, when Dr. Barber found out about We, The World he contacted us and we collaborated by cross promoting Interdependence Day on September 12th as part of 11 Days of Global Unity which launched in 2004 and takes place annually from September 11th through September 21st (the UN International Day of Peace). And when the 11 Global Unity Themes for Change were developed, Theme 2 became Interdependence.

Benjamin Barber was a political theorist who wrote numerous books and founded and inspired organizations that advocated for decentralized democracy where an engaged citizenry acted through local organizations to ultimately affect global change.

This reflected what he called “Constructive Interdependence” (or “Conscious Interdependence”) in which societal attitudes and policies take into account our global interconnectedness.

Described by the New York Times as an academic and public intellectual, as well as advisor to world leaders, he epitomized the deep inner connectedness of the global and the local which is reflected in many of the organizations he founded. One is the Global Parliament of Mayors, featured in the March/April 2017 issue of Trends, which builds on the experience of mayors from all continents to “tackle local challenges resulting from global problems.”

Dr. Barber’s goal with his Interdependence Movement was to inspire the development of solutions to world problems based on local sovereignty and global interconnectedness rather than the nation state; communal action rather than unilateral action.

Among the books he published are Strong Democracy, The Conquest of Politics, and The Truth of Power. His work also includes Jihad vs. McWorld: How Globalism and Tribalism are Reshaping the World.

His vision helps us to shine a light on the recent developments shaking our world as well as the power of localism and participatory democracy to show us the ways in which we can successfully face these challenges. Though he will be greatly missed, he has left a vital legacy to guide us forward. 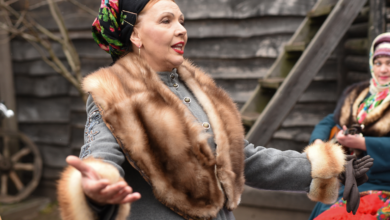 We are all Related