Continuing and expanding the movement for Business Social Responsibility is key to rolling back catastrophic rising inequality, pollution, and climate disruption.

ETHICAL MARKETS MEDIA is an independent media company promoting the emergence of a sustainable, green, more ethical and just economy worldwide. We share the goals of all our non-profit groups and friends listed on our Partners/Links page. We research, assist and report on all the new organizations: civic, non-profit and for-profit, as well as individuals working for the transition to the new economies of the dawning information-rich solar age.

Ethical Markets© is a TV breakthrough, departing from the traditional formats of the financial media, based on the obsolete economic models of the past century…while conserving the core values that allow markets to succeed and economies flourish: TRUST, HONESTY, TRANSPARENCY, FIDELITY in CONTRACTs, FAIRNESS and SERVICE to employees, customers and the public.

ETHICAL MARKETS’ TV series seeks to foster public understanding of all these issues…and awareness of the new players and the choices they offer to consumers, employees, investors, asset managers, financial planners and citizens to align their own lives, work, investment decisions and daily activities with their own highest goals. By showcasing all these groups and individuals spearheading the new ethical markets, we seek to grow this emerging, job-creating sector and expand its market share—-globally and locally. 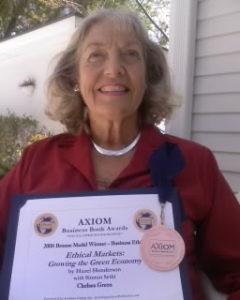 Hazel Henderson, President
Hazel Henderson is the founder of Ethical Markets Media, LLC and the creator and co-executive Producer of its TV series. She is a world renowned futurist, evolutionary economist, a worldwide syndicated columnist, consultant on sustainable development, and author of The Axiom and Nautilus award-winning book Ethical Markets: Growing the Green Economy (2006) and eight other books. 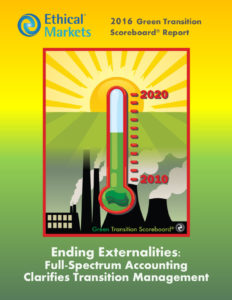 “The upward trend in investments since 2007 aligns with our recommendation to invest at least 10% of institutional portfolios directly in companies driving the global Green Transition,” says Henderson.

As of Q4 2015, the GTS totals $7.13 TRILLION cumulative in non-government investments and commitments tracked since 2007 in the global green transition now underway.

Democracy at Work is a non-profit 501(c)3 that advocates for worker cooperatives and democratic workplaces as a key path to a stronger, democratic economic system. We envision a future where workers at every level of their offices, stores, and factories have a voice in the direction of their enterprise and its impact within their community and society at large. Economic Update is a weekly program hosted by Economics Professor Richard D. Wolff who takes complex economic issues and makes them understandable.

Dreaming on the Barricades 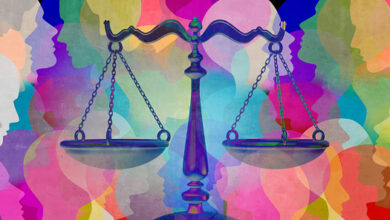