As a Los Angeles Advocate, I have been working on the largely unaddressed epidemic of parked vehicle idling which presents a significant opportunity to catalyze mass support for emissions reductions strategies and can have an immediate impact on lowering pollution and greenhouse gases. While best practices campaigns have led to turning off the tap to save water and turning off the light switch to save electricity, we are lagging far behind in turning off wasteful and polluting parked idling gas and diesel vehicle engines.

To clarify, “needless parked idling” as used in this article never suggests turning off engines in instances that would adversely affect health, safety or critical business functions. Further, it also only refers to parked or standing vehicles that are safely out of the flow of traffic.

This being said, perhaps this issue is best illustrated by yet another “gift” of the digital era – an overlooked danger I call “distracted idling” which in its way is as deadly as “distracted driving.” Just as texting while driving can result in fatal accidents, churning out needless pollution while using cell phones in a parked idling vehicle contributes to air pollution-related disease and death.

And texting is only a percentage of needless idling behavior as multitudes of delivery, utility, government, and ride-share vehicles leave parked engines running. In my Los Angeles neighborhood, I have often observed two to five idling cars and light trucks per block. I then began to see it everywhere – vehicles engaging in extended parked vehicle idling at shopping centers, parking structures, while waiting in pick-up lines and drive-thrus, at hospitals, schools, and airports.

And an even more obscure but equally unfortunate example of this sadly occurs at drive-in movie theaters which have increased in popularity due to COVID-19. This “safer” outing option is tainted by people idling car engines throughout the entire film. Why? Because vehicle manufacturers have made it confusing to leave the radio on in accessory mode in keyless vehicles without the engine running. Patrons need the radio on to hear the movie, yet many drive-in staff and patrons haven’t a clue as how to turn off the engine and still use the radio.

For advocates, it is precisely these types of issues where bringing awareness to the overlooked obvious comes into play. At this critical moment, we don’t have the luxury to leave any stone unturned. Even though the parked idling issue may sound insignificant to some regarding the daunting scope of the Climate Crisis, and accounts for a fraction of transportation emissions pollution, the IPCC report underscores the fact that CO2 pollution is cumulative and we must do everything, everything to mitigate any and all contributions of CO2 into the atmosphere.

As we rightfully place attention to the dangers of the pandemic that has killed over 5 million people, air pollution which contributes to 8 – 10 million deaths a year globally remains widely overlooked and unaddressed – even as air pollution compromised lungs contribute to more severe and deadly COVID cases.

Parked vehicle idling behavior can be viewed as another litmus test about how aware and concerned people are about air quality and fossil fuel emissions dangers. For example, the topic is so off the radar in purportedly eco-conscious Los Angeles that you need only look to well-meaning parents leaving their engines running in school pick-up queues with not a clue that this practice increases the local concentration of emissions toxins exposing children’s delicate developing lungs to a barrage of dangerous fumes. Despite the facts that more than 250,000 children and 1.1 million adults in Los Angeles are estimated to have asthma, and that emissions contribute to premature death, reproductive and developmental harm, cardiovascular disease, and lung cancer, parents and school boards remain complacent around this dangerous daily routine.

I coined the term “second hand emissions” to point out the overlooked obvious similarities between the dangers presented by idling emissions as those associated with “second hand smoke.” Vehicular fossil fuel exhaust contains cancer causing chemicals and dangerous particulates including formaldehyde, benzene, acetaldehyde, hydrocarbons, nitrogen oxide, and sulfur dioxide. Even inside the vehicle, a University of Surrey study shows, the pollution caused by the idling emissions can be seven times greater than outside the vehicle.

It struck me how leveraging awareness around this win-win-win simple practice of turning off parked vehicle engines could help mobilize support in the private, business and governmental sectors for cleaner transportation options. Why do I say this issue is a triple win? Because turning off parked engines saves gas and money, wear and tear on vehicles and most urgently can reduce the needless hundreds of millions of tons of CO2 and toxic air pollution that it annually spews into our planet’s atmosphere.

I brought this issue to the Los Angeles City Council in 2018. They recently passed a motion with the support I rallied from advocacy groups and neighborhood councils for the Los Angeles Department of Transportation to create an educational campaign about parked vehicle idling. While I’m also working with my State Legislators, I feel this issue has great potential to catalyze change far beyond the State of California.

In the U.S., parked vehicle idling alone pumps approximately 30 million tons of CO2 into the atmosphere annually. Three million tons of that is from California and 25% of the California total is generated in Los Angeles County. Around $1 billion worth of gasoline is consumed by needless parked idling in California annually. What a global opportunity this issue presents to save billions of dollars in wasted gasoline and diesel annually while mitigating hundreds of tons of CO2 generated from needless idling.

Even environmentally-conscious Californians have the misconception that turning the engine on and off wastes gas – based on, of all things, guidelines for pre-mid-eighties, pre-electric ignition vehicles. This is the opposite of the truth for modern electric ignition vehicles! Yet many people are running their engines while parked because of these pre-mid-eighties guidelines.

They are unaware of the facts that Idling for more than just 10 seconds in modern vehicles uses more fuel than restarting the engine; two minutes of parked idling equals the same amount of fuel consumption and pollution as one mile of driving; that modern engines do not need stationary warm-up time. Warming up vehicles in the winter requires no more than 30 seconds of idling to circulate oil through the engine. In warmer weather, cars warm up better when driving slowly than sitting idle. The American Automobile Association says a good rule of thumb is that you use a quarter of a gallon of gas for every fifteen minutes you idle. Yet people everywhere seem to be acting as if parked idling uses no gas and emits only water vapor.

This was underscored on a national level recently during the East Coast Colonial Pipeline hack that, even as long lines of people idled their cars desperate to fill-up at a gas station, news reports offering gas saving tips failed to mention turning off idling engines.

Only around eight states in the U.S. regulate all-vehicle parked idling and provide basic facts about the issue. New York City sports some of the strongest idling laws and education in the country. California, however, only regulates heavy-duty trucks over 10,000 pounds, and parked idling remains unaddressed for light-duty trucks, SUVs, and cars which comprise over 85% of the motor vehicles in a state that not only struggles to meet air quality standards but is also ranked in the top 10 of states with the highest number of vehicles per capita.

What is more ironic is that while at the same time as California prides itself on having some of the strictest miles per gallon vehicle standards in the country, it seems to have little interest in zero mile a gallon driver behaviors which can transform any vehicle into a higher mile per gallon polluter.

An education campaign can create awareness about the win-win-win facts of turning off parked engines and offer adaptation strategies such as parking vehicles and meeting children in temperature controlled auditoriums rather than subject them to daily toxic emissions from idling cars in school pick-up zones. Such a campaign can also encourage adaptation strategies to offer alternatives to resorting to the wasteful practice of using running parked vehicles as a mobile office, phone or texting booth or break space.

New gas and diesel vehicle sales are booming. Whether we like it or not, these vehicles are not going away soon enough – and awareness about their danger to life and planet is still not widespread enough to create the mass outcry for change necessary at this critical time.

So why not leverage this evil and make the most out the continuing love affair with gas vehicles by raising awareness about emissions dangers and introducing other sustainable driving practices to lower emissions. These simple tips include maintaining proper tire pressure, monitoring driving speed (65 better, 55mph best on freeways), finding less congested traffic routes, avoiding top cargo racks, and walking, biking, carpooling and taking mass transit when possible.

While it is a continuing challenge to make manufacturers responsible for the deleterious effects of their products, there are some specific changes we can call for to help mitigate the idling issue and raise awareness about emissions dangers such as asking manufacturers to make it clear to customers how to use the accessory mode in keyless ignition vehicles and most certainly ask manufacturers not to encourage people to turn on their engines remotely from afar with no one in the vehicle.

Vehicle manufacturers and fuel distributors should also be required to post consumer warnings on their products similar to those on cigarette packages and not unlike the chlorofluorocarbon issue in the 70s. Products emitting chlorofluorocarbons actually had these warnings: “Warning: contains a chlorofluorocarbon that may harm the public health and environment by reducing ozone in the upper atmosphere.”

I’m just pointing out that our strategies to emphasize the dangers of fossil fuel products in our everyday lives is lagging far behind our 1970s predecessors who saw the necessity to inform the public about how products with chlorofluorocarbons could harm the planet.

Raising consciousness about emissions dangers through warning notices, simple sustainable driving tools like turning off parked engines and incentivizing purchases of clean vehicles could help increase demand for cleaner vehicle and transportation options while creating an immediate reduction in CO2 and pollution. This is the potential power of the overlooked obvious.

To hear more and share about Robin’s Parked Vehicle Idling Campaign, you can listen to her interview here: https://www.greendreampodcast.com/ep-21-dont-be-idle-about-vehicle-idling-with-robin-streichler/ 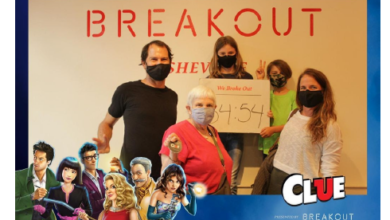