Raheen Fatima, is a 13 year old girl from Pakistan. She is a Peace & Climate Change Activist, Standup comedian, Theater Actor, Aspiring Entrepreneur, SDGs Ambassador, and International Children’s Month, World Unity Week and WE, The World Youth Ambassador and team lead. She is a professional humanitarian interviewer and during the pandemic she has conducted over 500 interviews and sessions to foster global peace and acievements of SDGs. When herbrother was diagnosed with cancer in 2018, she realised that one is never too young or old to die. She embarked on her journey with a passion to empower people around her and bring peace to this world.

She is a gifted child and possesses extraordinary intellect and communication skills. She is a keen learner and quickly understands new concepts and knowledge. She is very adaptive and easy going. She is culturally aware and easily makes friends with people from diverse backgrounds. To understand her, one must watch her interviews. She is an amazing soul with a passion to work for people and the planet. She is ambitious to take her work global by creating teams and collaborations for making the global peace dream a reality. She is working on many projects. Her immediate aim is to synergise all peace efforts at one place involving all stakeholders across the globe. She believes nothing else but interfaith, intercultural, international dialogue and love, care and respect can pave the way for global peace and a sustainable future for all generations to come.

She is an Ambassador and Panelist for International Children’s Month, She conducts monthly global action days and panel discussions for peace through love, respect and care for all children. Focusing on humanities, education, action plans, and environmental initiatives. As well as hosting the International Summit in June annually, which includes World Peace and Prayer Day, World Unity Week, and begins the countdown to peace day with WE, The World. She is also a part of the International Peace Lab and regularly conducts sessions on Peace.

During Covid-19, when the whole world went into lockdown, She had this amazing idea to conduct interviews and sessions to create awareness about peace and SDGs. In this time she conducted over 500 sessions on education, peace, climate change, gender equality, Inclusivity , diversity, religious tolerance, Interfaith Harmony and intercultural relations. The purpose of the interviews was to have intergenerational, interfaith, intercultural discussions, meetings and dialogues. She believes that the solution to all the problems faced by the people and planet lies in understanding each other and co-creating the future together irrespective of age, religion, race, caste and creed.

This has led her to many opportunities to create a lastingimpact and measurable progress towards these goals. She has developed the understanding that youth participation in policy making is essential for achievement of the goals, it will give a sense of inclusivity and involvement. These interviews and sessions are online with youtube. And now featured on Cultural Creatives Television. Following are the links of some of the shows, who aim was achievement of peace by enhancing tolerance and acceptance of differences among various international communities:

Raheen Fatima is a Sustainable Development Goals Youth Ambassador at the SDGs Academy of Pakistan. She regularly conducts sessions, videos and talks to create awareness about SDGs focused on action and a solid roadmap. Raheen is focused on SDGs No 4, 8, 13,16 and 17.

His Holiness the Dalai Lama

Raheen is also a liaison at One Better World Collective and recently participated in a question answer session with His Holiness Dalai Lama on 12 April 2021, broadcast internationally.

Breaking all the Taboos of gender stereotypes, She has established herself as the youngest professional stand-up comedian of Pakistan and regularly performs at different events and forums.

She is a theater actor and has created plays for children’s rights, underage marriage, child abuse and gender equality. The play was showcased at the Children’s Literature Festival. The plays were appreciated by the masses both children and adults alike. She has also done a theater tour of different cities to create awareness about child abuse. She was the only child star in the group, against all odds, and cultural limitations.

She has been Awarded 25 Under 25 Extraordinary Women of Pakistan by The Little Art OrganizationWorking in collaboration with the Government of Neatherland. Her story was made into a short documentary by The Little Art.

Raheen co-hosts and teaches English in an online show with US English teacher Carla Reichman to people from over 20 countries under “Institute of Peace”.

Raheen remained an active member of Mindplore, a dialogue group of learned scholars from around the world to have intellectual discussion around different aspects of life, where all professors are above 40 years of age except her, following are links to some of her shows:-

She has conducted over 500 interviews and sessions to cultivate intergenerational harmony, interfaith tolerance, intercultural acceptance and synergy for global peace. She has introduced her 12,000 followers to the ideas, thinking, beliefs and work of: economists, CEOs, educationists, artists, scholars and common people from around the world. This has changed the perception of her followers and cultivated the values of tolerance and acceptance, which are the foundational stones of peace.

United Nations Sustainable Development Goals (SDGs). She is the first teenage female who started propagating the SDGs education for youth at international level. She is able to convince her audience and peers about the importance and urgency ofthe achievement of the SDGs. She is a young influencer and leader and bridging the gap between youth and elders by engaging youth in different initiatives leading towards global peace, SDGs being the foundation of it all. She believes in action and created her own social startup to address climate change.

Teaching. She started to teachat the show “Learn English by Speaking” to enable youth across the globe to learn the international language. She has strong faith that peace could not be established without dialogue among all of humanity and understanding language is the first step for the dialogue. She has directly taught hundreds and indirectly thousands of people from over 20 countries how to speak English. The show was watched over 1000 times each day.

Peace Activism. She has created a group of children and holds regular sessions to create awareness for her global audience of over 12,000 followers. She has sparked a movement among her age group to engage in intellectual discussions about peace, which has no previous example in Pakistan. Acting. She spread the awareness of Children’s rights, underage marriages, gender equality and child abuse through her acting and reached hundreds of children. Some of the children confided to her after the play, as they were not aware of the fact that, they were victim of child abuse.

She has a vast exposure of both conventional and Social Media. She is a Stand-up Comedian and theatre actor, apart from regular recordings and showcases of her performances; a couple of national and international TVchannels including Voice of America and CNN have interviewed her. The previous year 2020 was very tough for the whole world. She could not leave the house and resorted to Social Media to expand her network and reach a global audience. She was selected as Junior Jury member of Lahore Int’l. Children’s Film Festival.

She is also in the process of producing a Netflix series first of its kind, themed around Peace through Love, respect and care for children. Majority of the cast will be youth with diverse backgrounds. She is active on her social Media channels. 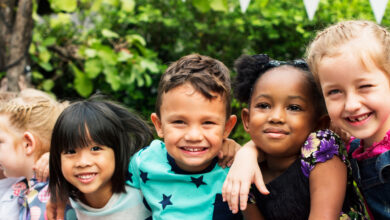 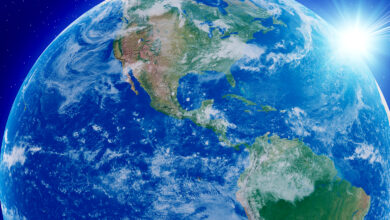