One fateful day in February, in a cozy living room, were three people deep in a discussion. Each were talking out their passion for humanity until a question went out loud from one of them saying, ‘If you were to help or bless humanity, in what ways do you see yourself doing it?’ Ideas and concepts rented the air and someone finally said, ‘I’d like to do an empowerment program in different areas for people to better their lives. In 30 minutes, the idea of B’Hallmark Entrepreneurial Empowerment Program (BHEEP) was birthed.

Getting a paper and a pen, he continued to write every idea coming to mind even while saying it out loud. In no time, every other person switched into discussing the vision of BHEEP, the courses that should be involved, how it should be run, etc. All ideas were pasted on the board in the bedroom of the Visioneer, so as to counteract the saying ‘Out of sight is out of mind.’

The question of space, paying facilitators/lecturers that would teach, and other logistics came into play. As a verse in the Bible says, Though it may tarry… This vision tarried and was still stuck to the board with it being looked at and revised by minds that had thought it up, that had contributed, that wanted it accomplished, every passing day.

Lo and behold, BHEEP started, just as planned. In trying to make it work the team thought of starting courses that wouldn’t require much funding. As a media crew, it was decided that courses pertaining to media should kick it off, pending the time other courses would begin to roll in. In addition to the truth that it was a vision everyone wanted to see come through, so starting from somewhere and somehow was the key.

In August 2018, courses to be taken were drafted out alongside their outlines. E-flyers and hand flyers went out which had the information of the training being a 4-week program with 4 courses, each in one week. And there was a large turnout.

At the end of the trainings, students who participated couldn’t contain their joy as it was all poured out in the testimonials (both written and video).

At the end of BHEEP 1.0, and seeing its turnout, BHEEP 2.0 was already in motion. Other courses were added to it making it more robust than the first. BHEEP 2.0 saw an increase in students. And oh! what joy they expressed.

BHEEP 3.0 was planned and ready to kick off. Alas! There were no students/poor turnouts. Instructors were on ground with every other thing in place but there was no one. This was due to the fact that a little amount was added which was to be paid by students to be used for little logistics and demands that needed to be met up as there were no yet sponsors.

Everyone in the team is helping out in every little way they can even as BHEEP is still searching for sponsors. Seeing the growth of the students who had little or no knowledge before taking up the courses, and how far they’ve gone with what has been gained from at least one week of BHEEP (even in areas of making money for themselves and mentoring others), BHEEP’s team, in doing this with passion, is being paid back with joy.

BHEEP is still a vision in progress and is still looking at getting a facility. This is in line with doing other courses apart from media, thereby touching many other lives. We have trained over 100 students so far.

If allowed and permitted, we shall like to have all these trainings under WECAN Nigeria. We look forward to approval and a few resources to activate these in order to bless more lives at the local level.

Photographs of the students trained and some of other training sessions can be found at https://www.instagram.com/bheeptraining

We are all Related 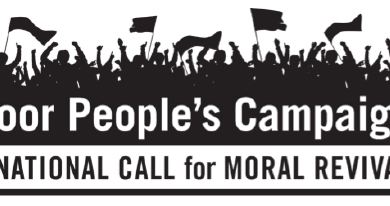