We are living in challenging times, yes, but we are also living in fascinating times, unlike any other. We need to come together, and work together to build a sustainable world for the next seven generations, by seeing each other as brothers and sisters of one race, one heart, one mind, one planet, we are all one.

“Darkness cannot drive out darkness; only light can do that. Hate cannot
drive out hate; only love can do that. The ultimate measure of a man is not
where he stands in moments of comfort and convenience, but where he
stands at times of challenge and controversy. Faith is taking the first step
even when you don’t see the whole staircase.” – Martin Luther King, Jr.

We believe in a safe climate and a better future — a just, prosperous, and equitable world built with the power of ordinary people. A grassroots network of volunteer-run campaigns in over 188 countries working to prevent climate chaos.

Right now, water protectors are being evacuated from the main camp at Standing Rock. The state of North Dakota issued an emergency evacuation last week for the main camp, formerly known as Oceti Sakowin, that goes into effect today. While some are optimistic as new camps emerge on higher ground and as the land is returned to its former state, others can’t help but feel heartache to see the camp pack up and to see Dakota Access prepare to drill under the Missouri River.

From March 7th — March 10th Indigenous peoples from across Turtle Island (The United States) will hold a tipi camp near the Washington Monument and on March 10th thousands of Indigenous Peoples and their allies, including 350.org, will march through Washington D.C. to demand that Indigenous rights be respected, that tribal consent is given when any economic development happens on tribal land, and that President Trump meets with Tribal Leaders so he can take accountability for his actions. 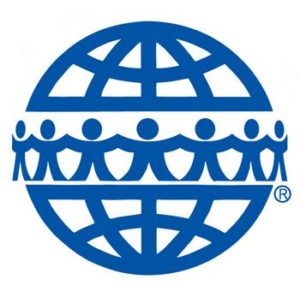 www.worldpeace.org
The power of May Peace Prevail On Earth lies in its capacity to bring people of various cultures, faith traditions and political ideals together as one united global heart and mind. The Message allows us to sincerely focus on our mutual desire to serve, create and manifest true peace on earth while transcending our differences and celebrating our common humanity.

The Power of Thought: Thought forms create an energetic
field strong enough to empower the course of planetary
destiny.
The Power of Words: Words carry vibrations strong enough to
inspire, heal and transform the human heart as well as the
Kingdom of plants, animals and all creation.
The Power of May Peace Prevail On Earth: May Peace Prevail
On Earth is an all inclusive message and prayer. It is a meeting
place of the heart bringing together people of all faiths,
backgrounds and culture to embrace the Oneness of our
planetary family.
Our Mission is Simple: To spread the Universal Peace Message
and Prayer, May Peace Prevail On Earth, far and wide to
embrace the lands and people of this Earth.
James Twyman, “May Peace Prevail on Earth”